The Asian Supermarket at Tel Joy Shopping Center had their Grand Opening on November 22, 2012. It was a wonderful event and the Detroit Free Press covered it. Here is the article from the Freep:

Valerie and Ed Sammels are fans of all types of Asian cuisine. They’ve enjoyed many of the area’s Chinese, Japanese, Korean and Vietnamese restaurants. But recently Valerie developed an interest in trying to replicate some of her favorite Asian dishes at home. That culinary ambition led the couple Friday to Asian Supermarket, a new 16,000-square-foot specialty grocer and wholesaler in Dearborn Heights that bills itself as the largest Asian foods store in the state. Southeast Michigan is home to many small grocers with loyal followings that specialize in foods of a specific Asian nationality. 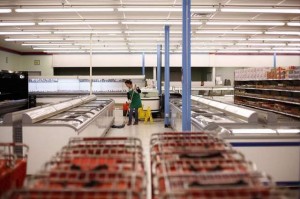 Asian Supermarket attempts to stock foods from all of those countries under one roof and market them to a wider audience. Retail analyst Kenneth Dalto said the supermarket could be the latest example of a trend in ethnic grocers going into larger and more upscale spaces to better appeal to suburban shoppers with adventurous palates, particularly from the white and black non-Asian population. This breed of store will often compete with high-end grocers, such as Whole Foods Market.

“It’s a trend in both restaurants and groceries, because the taste buds and the appetites of the suburban population has gotten more sophisticated and in the direction of more ethnic foods.”

Located at 8641 North Telegraph Road, Asian Supermarket in the Tel Joy Shopping Center, formally opened on Thanksgiving Day and occupies a shopping plaza space that formerly housed a Checker Drugs. The store also supplies foods and ingredients at wholesale for restaurants. The business is owned by Vietnam native Jennifer Tran and managed by her younger brother, Michael Tran, who is 24 and born in California. Their family moved to the area from California in the mid-1990s and opened several mall nail salons. Asian Supermarket is their first go at the grocery business.

There are entire aisles devoted to various teas, wafers, noodles and vegetables, including fresh cilantro and basil. One can also find packages of dried mushrooms and banana leaves. Customer Hai Quynh of Ann Arbor, a frequent shopper at Asian grocers, said the store was the largest he had seen in metro Detroit, but knew of at least one Asian supermarket in Ann Arbor with a larger selection. “It’s a good start,” Quynh said. “Give them a couple months and maybe you’ll see more” selection. Michael Tran said the supermarket’s goal is to be a one-stop-shop for all varieties of Asian fare. “It’s not just (for) us Asians alone,” Tran said. “A lot of people like Asian products, and Telegraph is a very long road that touches a lot of different cities.” Valerie Sammels, who is African American, recalled how she and her husband walked up to the supermarket numerous times this fall to see whether it was open. “I want to learn more about what is what so I can make it at home,” the Dearborn Heights resident said.

Each year the Tel-Joy Shopping Center presents its annual Halloween Family Fun Day on the Saturday before Halloween. The annual Trunk-Or-Treat is a favorite for local families in the Greater Dearborn and Dearborn Heights community.

Here are some photos from our 2012 Halloween Event: 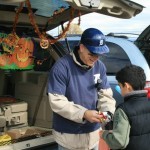 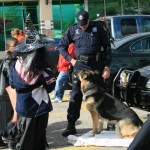 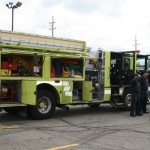 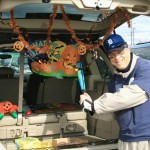 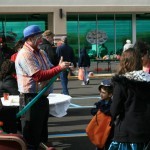